A competition dictates that you need to pull out all of the stops to create something unusual and stunning. This year I wanted to add 'technically challenging' to my entry to-do/wish list. I've been investigating corsetry almost full time since I went on sabbatical in January 2016 and so I felt I owed it to myself to try something very different and difficult - I didn't feel I would learn anything otherwise!

Of all the patterns I drafted up for Marion Mcnealy's Kickstarter book on turn of the 20th century corset designs, it was the horizontal corset design intrigued me the most. There are very few horizontally panelled corsets throughout history and after a few toiles I realised that this could be because there is very little silhouette subtely that can be achieved by orienting the panels in this direction. However I had had it in my mind to create a sort of 'ringed' dress design that incorporates a corset, and a horizontally panelled design would fulfil this perfectly. I made up a toile in the original pattern (that had been a feature of a Foundations Revealed article) to get the gist of the design. With this particular design the panels are quite wide and contain darts at the waist to achieve more cinch. I wanted narrower panels and a subtle cinch so decided to leave out the darts. The grainline was indicated as being straight at the centre back but I decided to put the centre front on-grain. The following picture was my first corset with these changes applied; 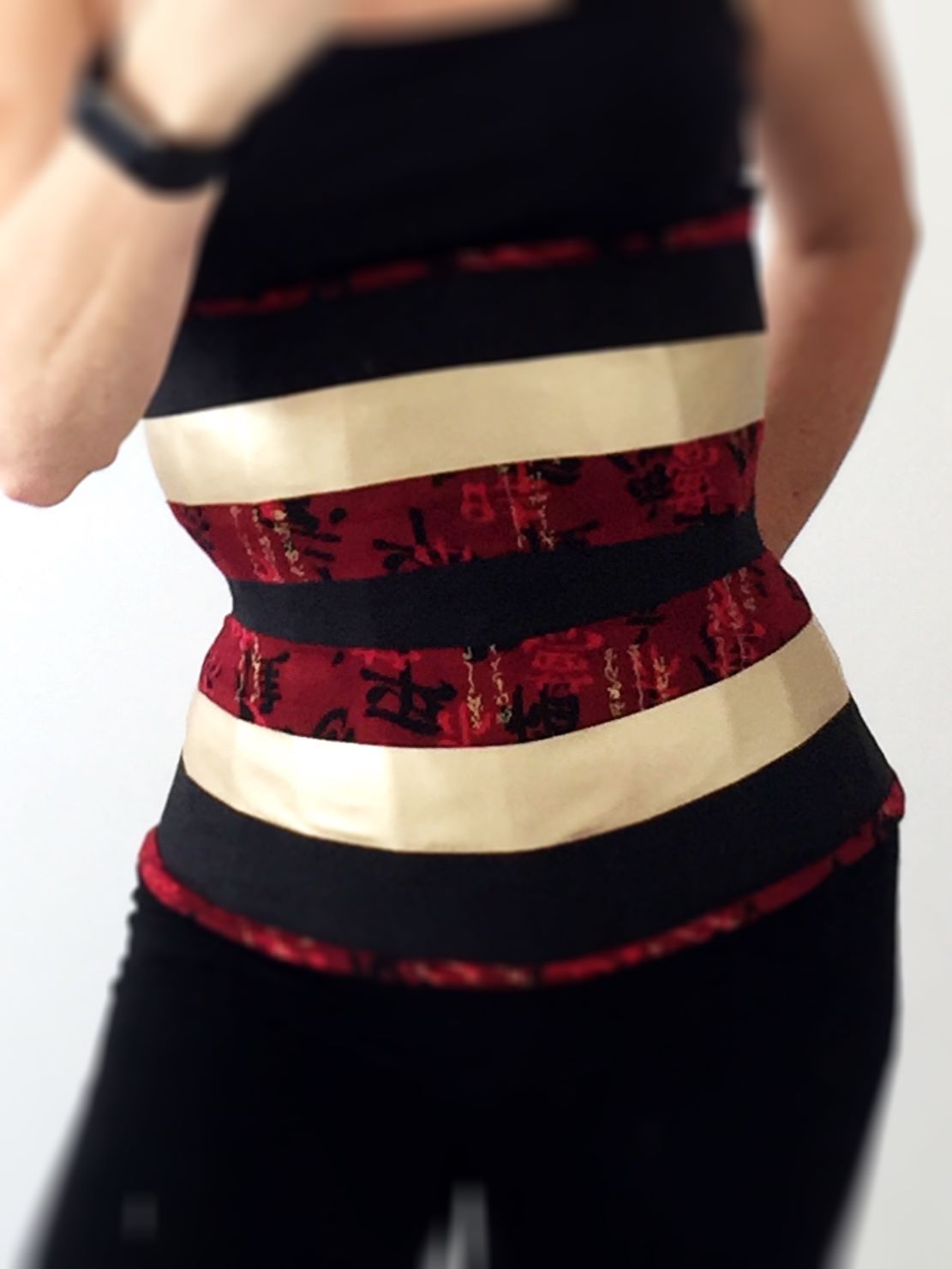 How does this relate to the theme of insects though? It's all about segmented insect bodies. And it will be green, very green! More to come on my progress next time. #foundationsrevealedcontest2018