My latest corset design has only 5 panels to it! Not per side - that's in total. Horizontally panelled corsets have always intrigued me as the geometry of them is so interesting, and challenging. It's all about angling the panels in a certain way from the centre front to the centre back. Maximising the waist cinch is the biggest challenge of all - darts normally help with this but I wanted a simple, non-darted way of creating the simplest design possible.

As soon as I have finished a design I am straight on to the next one. There are two ways I begin - either straight into CAD mashing shapes together on the screen, or by draping on the mannequin. I used the latter technique to get me started with this one.

I first draped a piece of fabric around the waist mimicking a waistband and just stared at it for a while before snipping into it. I started thinking about how it could 'spring' around the ribs and hips. Snipping into it made me think about introducing a wavey top and bottom line that would help with the spring needed; 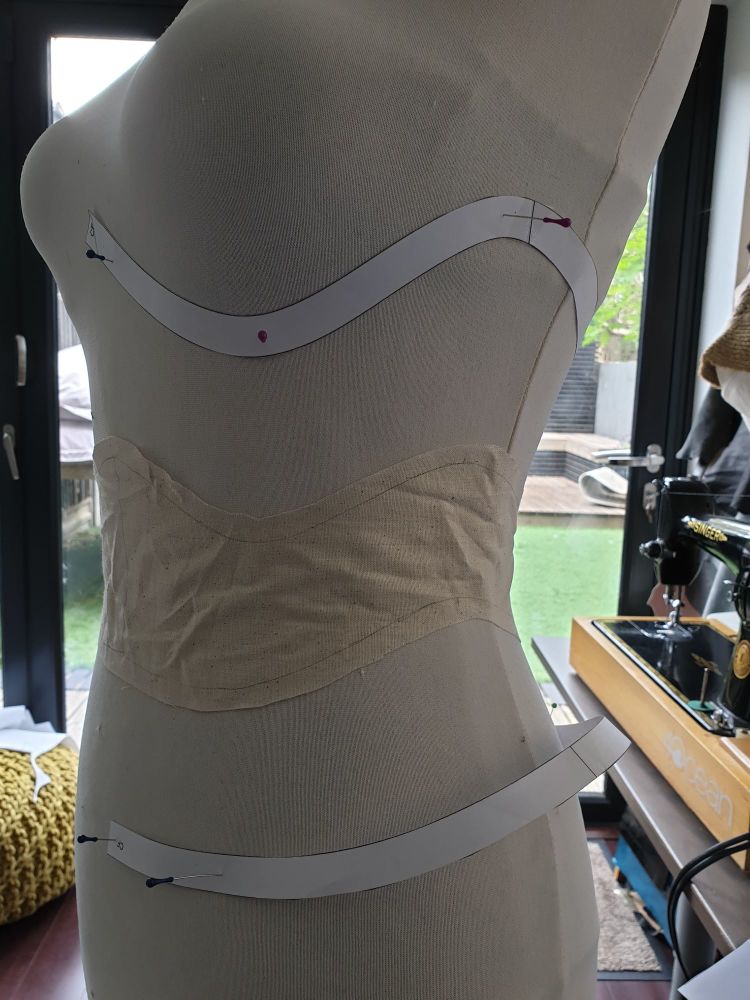 I put a strip of paper at the top and bottom and then used fabric scraps to fill in the gaps. 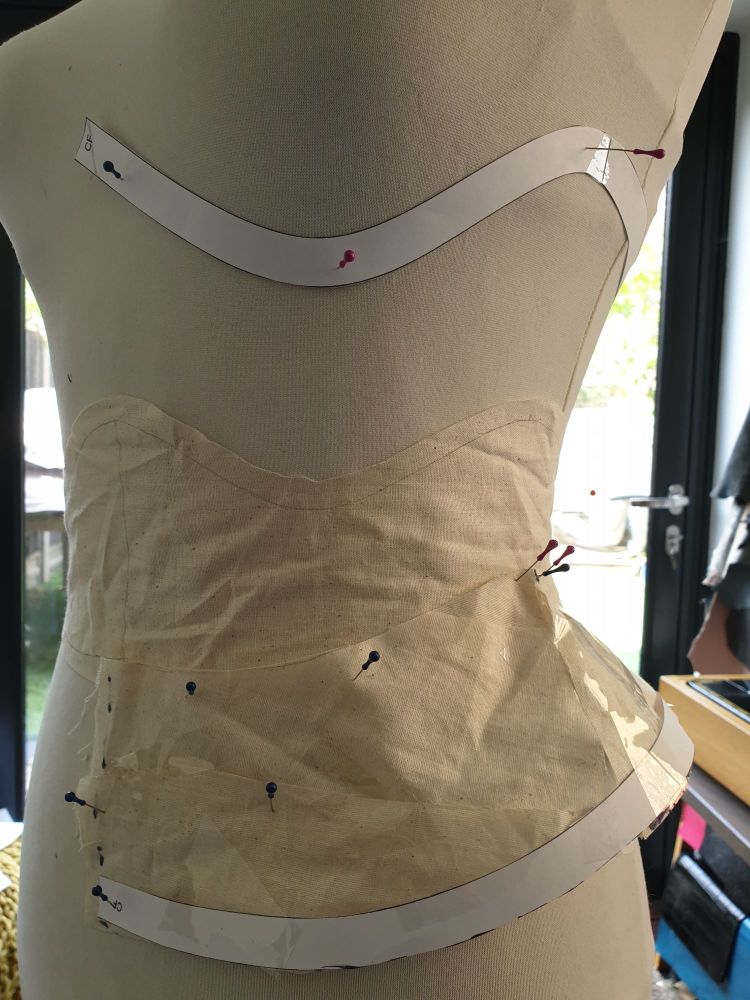 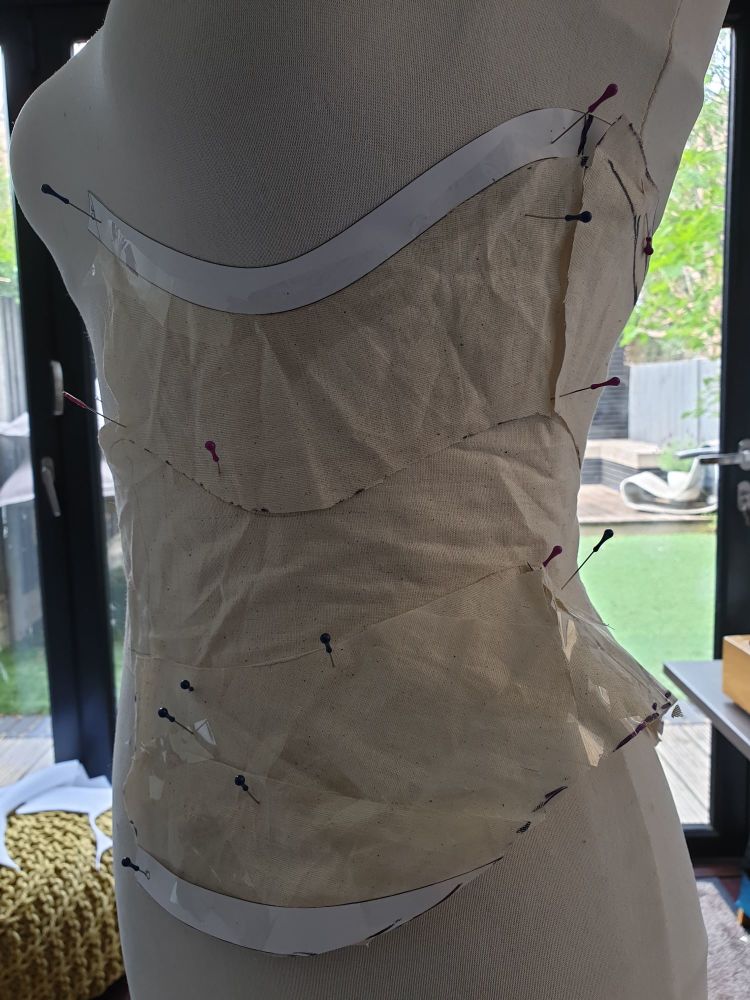 I used sellotape, fabric, paper, pins - anything I could get my hands on to render a shape that could be cut into flat pieces and scanned in to get the pattern off to a start; 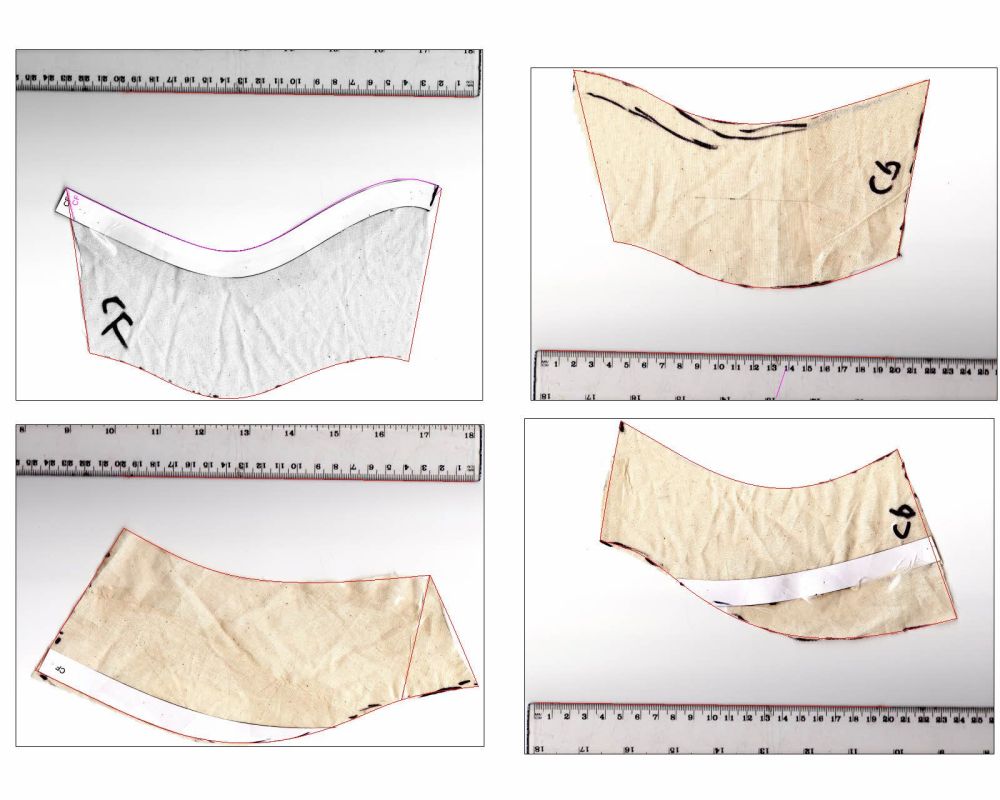 Once I have imported these scans into CAD it takes just a few minutes to trace them, scale them up, true lines and print out so I can create my first fabric toile. It looked quite promising; 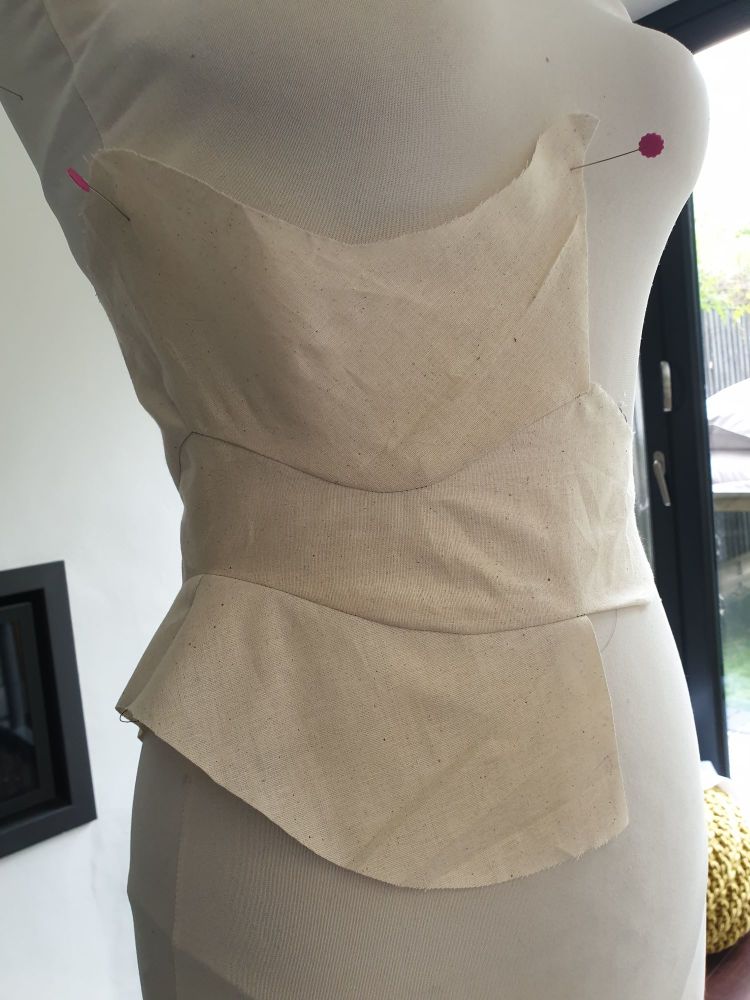 I knew that the hip panels would need to be in at least 2 sections to get the required hip curve (I actually inserted a gore to do this initially at the centre/ mid point) but I was intrigued as to whether the rib section could made in one piece. A few toiles later I had my pattern of which the conclusions were;

1. The rib section can be in one piece (but a mid seam at the toile stage is necessary for getting you to your final fit/size) if you are happy with a very straight conical shape to the ribs. Leaving the mid seam in allows a more hour-glass rib- cupping shape to be created.

2. The waistband needed slimming down a little in certain places where it seemed a little flat. The 'waves' are llike large tabs that splay and curve over the iliac crest and under the ribs.

3. I put one seam at the mid hip to create the hip curve, but a gore would give greater flexibility. The curve was slight for my physique and allowed the outer layer (which had a bit of stretch) to be made in just one layer. Essentially the outer layer was cut in just 3 panels! 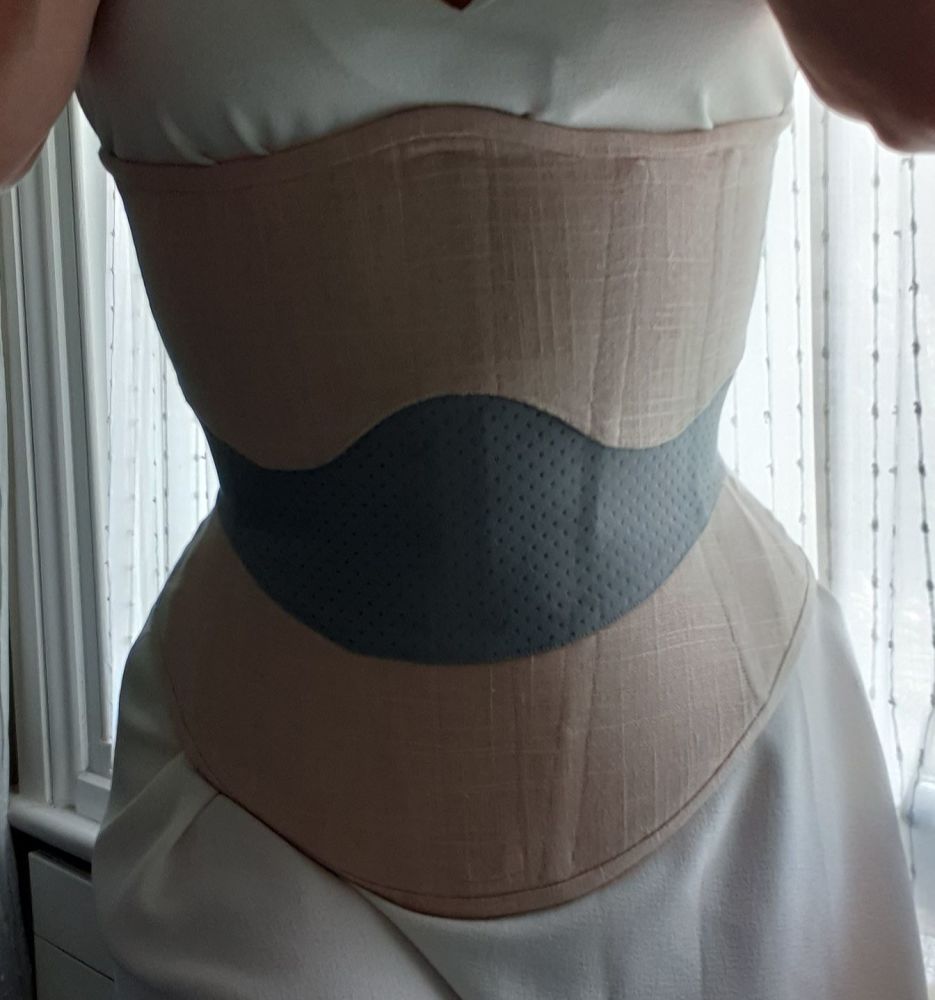 4. I split the rib section into 2 (per side) for aesthetics but this entire section can be one panel. 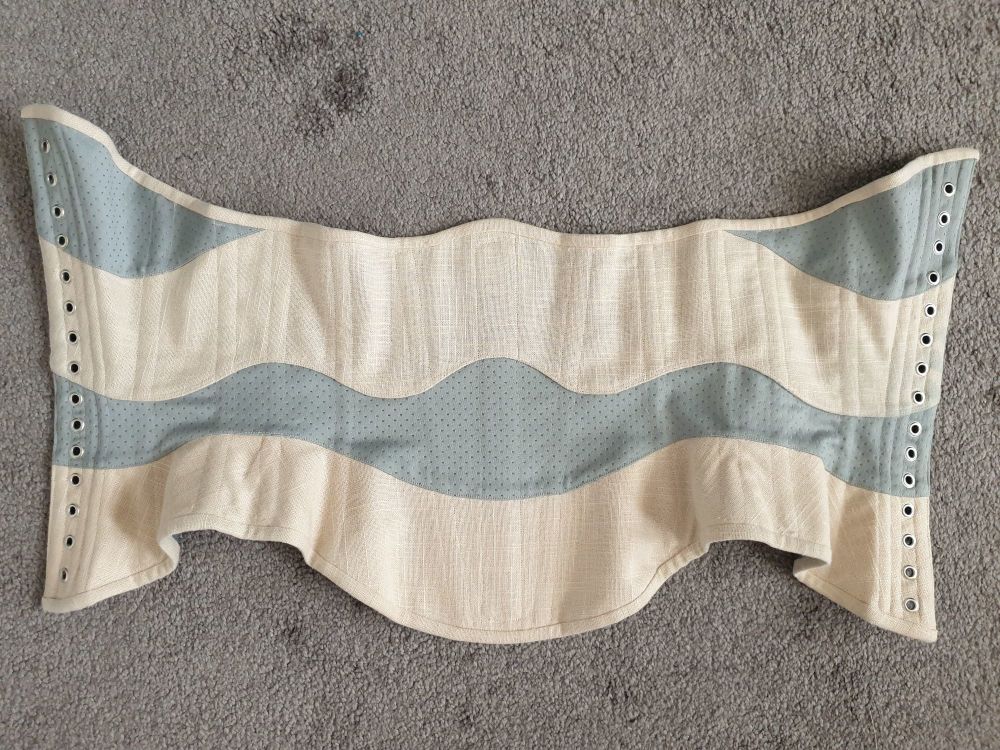 5. I tried sewing the panels together as normal but ended up fighting with the opposing curves so ended up pressing down the seam allowance on one side and top-stitching it in place instead - much easier!

This will be one of my forthcoming patterns on Patreon. It's so quick to make up!